Last time I posted an update about The Cluster was - 10 months ago!? Well, development hasn't been idle though - far from it! - it's just that I've been working on some refactoring and changes that ended up being rather time-consuming. Some big hurdles are now over and blog updates should hopefully be more regular going forward.

One of the most recent features I've implemented is handling of smoothing and texturing of edges. This has been on my todo-list since forever but I had to switch to a better way of generating meshes before this became feasible.

Consider a generated environment with surfaces that meet each other in sharp edges: 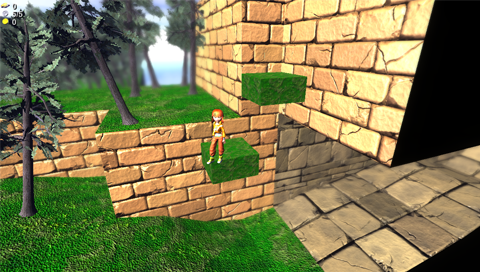 The surfaces look weightless like they're made out of cardboard. No offense to MineCraft, but it's not the look I'm going for. Let's smooth those edges a bit. 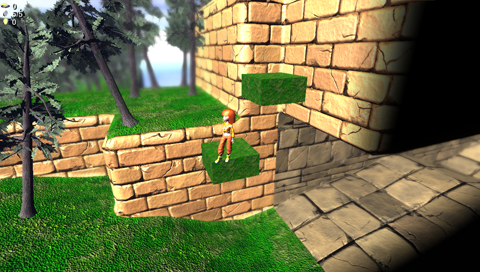 Better. The environment now has a certain weight to it; it feels more solid. But the abrupt edges between surfaces with different textures still makes it seem artificial and less believable (believable not in the sense of realism as I'm not going for that, but in the sense of suspension of disbelief). Let's cover up those abrupt changes in texture. 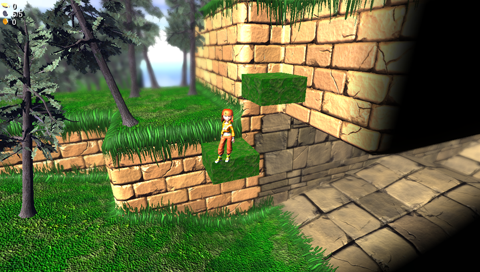 Ahh! With the edges of the textures covered up with natural-looking transitions, the world has finally come alive and is more inviting than ever.

A few more examples of the current look of The Cluster (don't mind those ugly green box stepping platforms and spikes. They're placeholders I haven't yet replaced with something better): 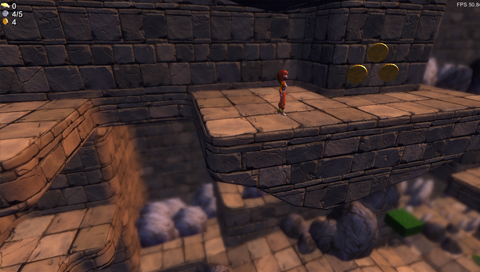 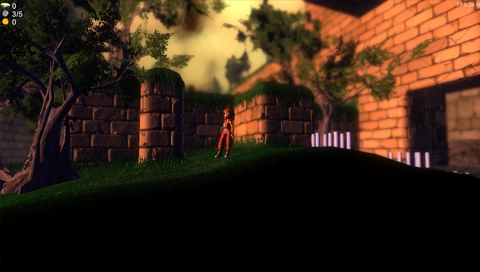 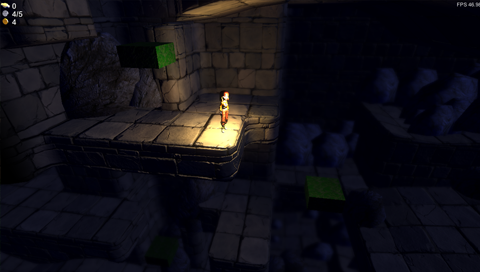 Most of the textures are made with good old POV-Ray by the way; the raytracer I used to work a lot with back in the days.

The environment is controlled by a neat system of specifying block types, face types, and edge types. Each "cell" in the world (think big voxel) is of a specific block type, for example "Bricks" or "Empty". The procedural generation algorithm fills in the block types of all cells in a generated area prior to constructing the mesh.

A block types specifies the face types it has. For example, this is the data for the Bricks block type (here called EnvironmentData but I should rename that): 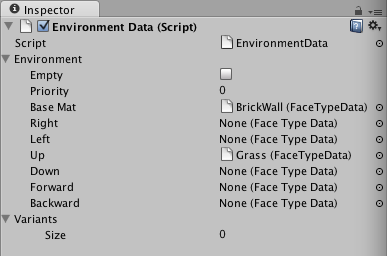 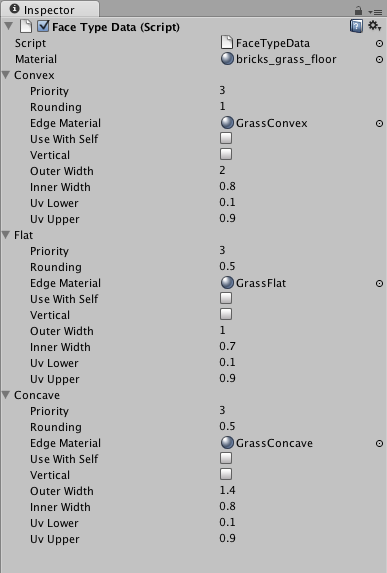 The face type specifies the material to use for the face surface, as well as edge data for convex, flat, and concave edges. The edge data is used to specify rounding size for an edge as well as the material, width, and UV data for the textured strip that is generated over the edge.

This is an example of an edge texture (diffuse channel): 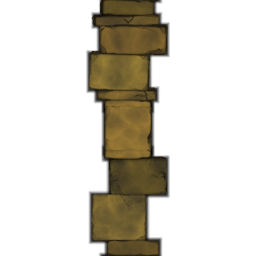 This one is of course extremely wasteful, but the system is already set up so multiple edges can be contained in one material; I just need to change my texture so they actually make use of that.

Currently it's not possible to differentiate the different edges of a face but I'll need to add support for that so different edge data can be used for edges that are "along U" and "along V".

When generating geometry an edge is of course shared between two faces. The priority value of an edge is used to settle which of the two faces get to use their edge data for the edge.

When I had to set up the relationships between block types, face types and edge types, that was the first time the data got too unwieldy for me to hard-code directly in the code. Instead I turned to Unity's ScriptableObject, as I wrote a short post about here. Using the ScriptableObject means that Unity's Inspector can be used to specify the data, and Unity's serialization system automatically takes care of everything related to storing and loading the data. At some point I'll probably write some custom editor GUI for the data too so it becomes easier to comprehend and get an overview over.

And that's all I have to say about edges! 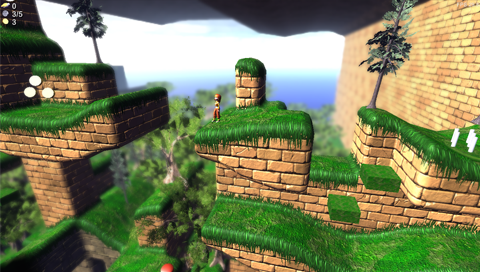